This award is presented to two learners each year who best exemplify dedication to and excellence in adult learning, one from each of Annapolis and Kings Counties. Below Paul O'Brien, receives the William and Lucille Owen Award in 2012.

Awarded for the first time in 2008, the William and Lucille Owen Award was made possible through a donation by William Owen prior to his death in October, 2005 to support literacy work in his former home town, Kentville. Both Bill and his wife, Lucille Fortier Owen, spent a great part of their lifetime volunteer work in promoting the inclusion of people with disabilities and securing social justice through public policy. Before her death in 2007, Lucille endowed a similarly named scholarship at Ryerson University in Toronto where Bill was a long time professor in the English Department.

Learners may have demonstrated this dedication and excellence in either the group programs conducted by or under the umbrella of the VCLA, or in its one-to-one personal tutoring program.

One award of $200 will be taken from interest earned on the Owen gift. A second award will be presented in matching funds provided by Mike Giffin, a friend of the Owens and long time advocate for adult literacy.
Factors that will be taken into consideration by the awards selection committee will include:

Two Valley-wide awards will be presented. 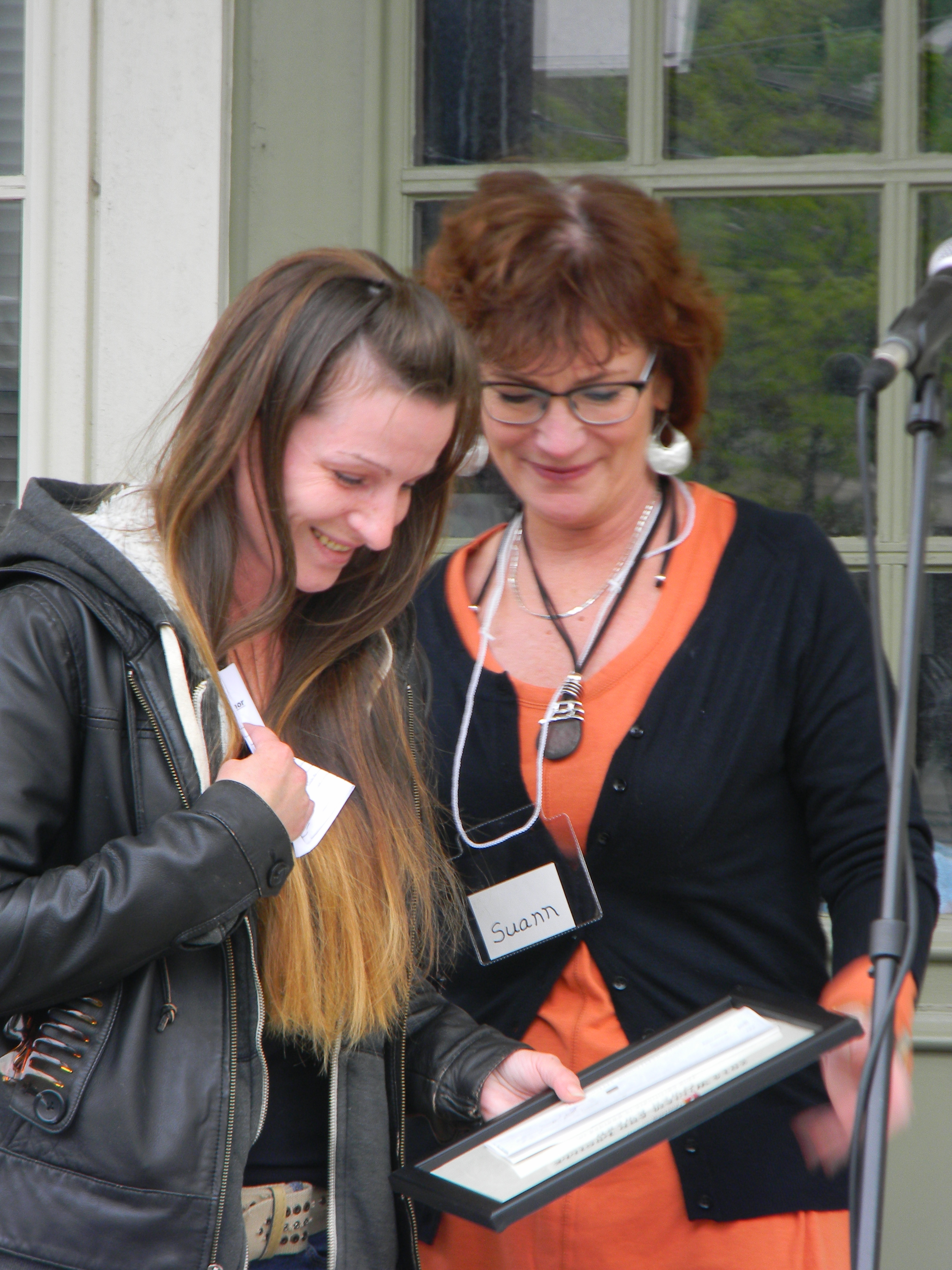 In November 2005, KCLA, as we were then known, was the recipient of the Celebrating Innovative Communities Award: Excellence in Client Service.

The Canada Post Community Literacy Awards were established more than 16 years ago to discover and acknowledge the achievements of Canadians who have made a special effort or an important contribution to literacy. Today, the program continues to celebrate the achievements of both adult learners and those who have helped them learn to read and write.

By acknowledging their efforts, the Canada Post Community Literacy Awards encourage thousands of Canadians to improve their reading and writing skills, and inspire them to reach their personal literacy goals. For many, that means obtaining their Secondary School Diploma or General Educational Development (GED) in either of Canada’s official languages. For others, it means reaching a level of reading and writing.

For more information on the Canada Post Literacy Awards, go to: http://www.canadapost.ca/cpo/mc/aboutus/community/literacy/awards/default.jsf

Council of the Federation of Literacy Award

The Council of the Federation (established in 2003 by the 13 Premiers in Canada to acknowledge the leadership role provinces and territories play in revitalizing the Canadian federation) has identified a number of key initiatives of importance to Canadians, one of which is literacy.

In order to bring recognition to achievements in literacy in every province and territory, Premiers, in July 2004, agreed to create a Council of the Federation Literacy Award. Since 2005, 13 Council of the Federation Literacy medallions and certificates have been presented annually, one for each province and territory. The award recognizes outstanding achievement, innovative practice, and excellence in literacy in each of Canada's provinces and territories.

Jason Dykens of Nova Scotia was diagnosed with ADHD and left school after eleventh grade. In May 2003, Flowercart, an agency that facilitates training and employment opportunities for people who are considered to have a learning or cognitive disability, hired Jason and he began working at Michelin. Realizing that he required his GED in order to obtain a higher paying job to support his family, Mr. Dykens enrolled at the Kings County Learning Association (KCLA) with a view to improving his literacy and numeracy skills. As a result of his work commitments, he was required to meet with his tutor or attend classes after work in the evenings and on weekends. Mr. Dykens wrote and passed his GED in May 2006. In addition to working and studying full-time, he volunteered to help repair a local church.

Mr. Dykens hoped to give back to his community the same support that he received from the KCLA; however, he died suddenly in the summer of 2009.

The Seniors' Literacy and Learning Partnership Award recognizes an outstanding partnership between community-based literacy and seniors' organizations in the provision of quality learning programs for older Nova Scotians.
Criteria for this award include:

Nominations for the award are held during the spring and are coordinated by the Department of Education. The award is presented at the annual International Literacy Day ceremony in September.

The photo below shows the 2007 winner, The Grandparents International Storytellers, being presented with the award in Halifax. Carol Boudreau, the facilitator of the group, is speaking.

This is Carol at the award's ceremony, flanked by MInister of Education Karen Casey (middle) and Valerie White, executive director of the Seniors Secretariat.

For a video of the Grandmothers, go to: http://www.youtube.com/watch?v=6t-aybCXKGg

Nova Scotians have a strong and proud tradition of contributing to their communities, and they understand that our strength as a province depends on helping each other.

Each year the Skills and Learning Branch of the Nova Scotia Department of Labour and Workforce Development formally recognizes the valuable work of one volunteer involved in provincially-funded, community-based literacy programs.

The successful candidate is a person who has gone above and beyond the call of duty as a volunteer and who is deserving of recognition for his/her dedication to community-based literacy.

Literacy networks in Nova Scotia have long recognized the crucial role played by volunteer tutors in supporting their Adult Learning Programs and their communities.

Each year the Skills and Learning Branch of the Nova Scotia Department of Labour and Workforce Development formally recognizes the valuable work of those volunteers involved in provincially funded, community-based literacy tutoring programs.
Awarded for the first time in 2007, this recognition of excellence has been dedicated to the memory of Patricia Helliwell. As a volunteer tutor and coordinator of the Hants Literacy Network Association for fourteen years, Patricia’s indefatigable spirit, compassion, and devotion to adult learners provided an enduring role model for all to emulate.

Each year the Skills and Learning Branch of the Nova Scotia Department of Labour and Workforce Development recognizes excellence in family literacy programming.

In 2008, VCLA was the provincial winner for their family literacy project: the Electronic Heritage Site, an oral history project in partnership with Annapolis Valley First Nation in Cambridge.

Here they are receiving their award from then Minister of Education, Karen Casey.